House Training a Puppy When You Work Full Time

House training a puppy takes positive reinforcement, time, and patience, but this is complicated when you have a full time job. Many working adults are in the office at least 34.5 hours a week but an 8 weeks old puppy will need to eliminate his bladder every 30 to 45 minutes and may defecate one to five times a day.

What’s a pet parent to do?

First, know you’re in good company. Nearly 68% of U.S. households own a pet.

Second, know it will take several months to house train your puppy. Be patient and start training as early as 12 weeks. Some puppies pick it up as early as four months whereas others might take a year. Many puppies are trained by the five or six-month mark. Remember, dogs aren’t born knowing where they can go. You'll find the Border Collie, German Shepherd, Labrador Retriever, and Boston Terrier are fairly easy to housebreak. However, you'll find that Pugs, Dalmations, Dachshunds, Malteses, Pomeranians, Siberian Huskies, and Cocker Spaniels can be hard.

Third, puppies have tiny bladders, can’t hold their urine until 16 weeks old, and their potty habits can be idiosyncratic. It’s important to keep your eye on your puppy and not let it run around the house without watching it. 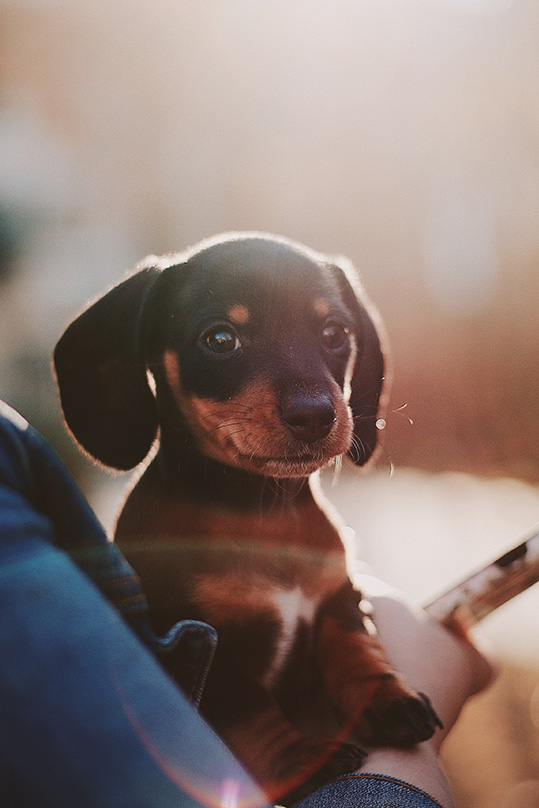 To make housebreaking easier, start crate training as soon as you get your puppy. Put your dog in a safe, enclosed space that is big enough for the pup to turn around and stand up. Remember, a crate isn’t a dog sitter and it’s not for punishment. It’s the puppy's den.

Crate training a puppy is great for families who work. Dogs have a denning instinct to keep their sleeping space clean. Plus, crates help your pup learn to hold bowel and bladder muscles.

To introduce a puppy to the crate, open it when the dog is in the room. Let him smell it and explore. Don’t force the dog inside. Instead, when he wanders inside, reward him.

Encourage your dog to make himself at home in his den by leaving a trail of treats into the kennel. Once comfortable inside, leave the puppy inside for a little bit of time. Hang out with him and give him treats so he makes a positive association between the kennel and the reward. Consider putting the crate next to your bed at night to lower the dog’s nervousness. Later you can move your dog’s crate to another room.

Increase how long the puppy stays inside bit by bit. Your dog can spend one hour in the crate per month of age but it’s best to avoid having your dog stay confined for more than four or five hours at a time.

Leave toys inside the crate so your puppy isn’t bored. Consider hard, rubber toys that allow you to put treats inside like peanut butter or stuffing. By the time the puppy stops munching on the toy, he may fall asleep.

Each time you let the dog out of the crate, take him outside and treat him after he poops or pees.

If you don’t have a crate available, consider putting your dog in the kitchen, bathroom, or laundry room where floors are washable.

Remember to puppy proof the room. Consider childproof latches on doors, raise power cords, and move items like shampoos, soaps, and cleaning supplies out of reach. Keep the toilet seat down and move the trashcan.

Playpens, baby gates, and other barriers help so your dog doesn’t have free rein when you’re at work. 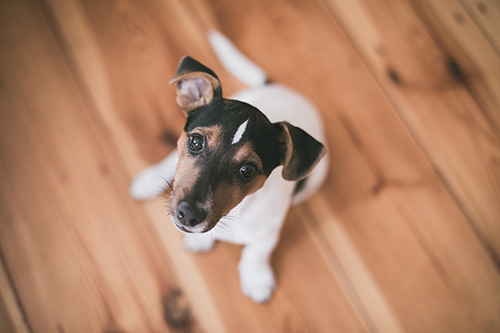 How to Potty Train a Puppy When You’re Home

When you are home, tether the dog to you with a leash and a carabiner attached to your pants so he won’t wander in different rooms unsupervised. Watch your puppy and notice behaviors that indicate the dog needs to relieve himself. These signs include:

If you notice these behaviors, take your puppy outside or to a potty pad immediately.

Encourage your pup to relieve himself outside:

Your puppy may not relieve himself each time you let him outside. Still, it’s important for your dog to have the opportunity to go. Once your puppy poops or pees, reward him with treats like baby carrots, green beans, apple slices, or small dog biscuits. Then praise. Dogs repeat behaviors that get results.

Don’t free feed. This means you make the food available to your dog all the time. If you free feed, it will be hard to know when the dog needs to urinate or defecate. Instead feed the puppy twice a day, wait about 10 minutes to see if he’s hungry, and then pick up the bowl if he won’t eat. This will help to control when he needs to relieve himself.  Also, remove the dog’s water bowl two and a half hours before bedtime to cut down on nighttime bathroom trips.

Feed your puppy high-quality commercial pet food at the same time each day. Dogs often eliminate after meals. Some go immediately after eating; some may need to relieve themselves 30 minutes after eating. 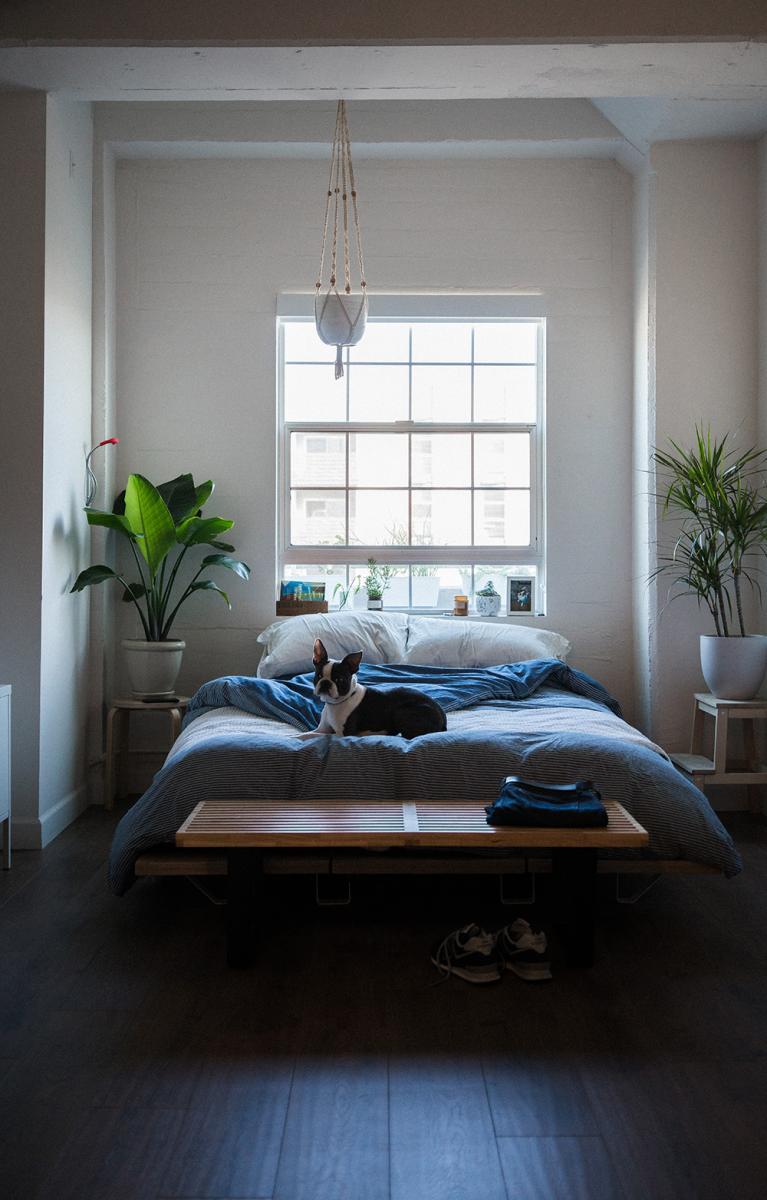 When you can’t watch your puppy—like when you’re working—consider asking the following people to help housetrain your puppy:

You’ll most likely need their help:

Encourage your helpers not to let your puppy be unsupervised, to offer a treat when he relieves himself, and to put the puppy back in the crate after walking. Let them know if you have a space outside where the puppy does his business. Encourage them not to distract the puppy while he’s relieving himself because pups get distracted fast. If the puppy doesn’t eliminate, he needs to go back to the kennel when he gets inside.

Don’t be surprised if you come home and find that the puppy has had an accident. If this happens, don’t scold the puppy. Instead, clean the spot with live bacteria or enzymes, instead of ammonia-based cleaners which smell like urine to dogs.

If you’re unhappy with your current work arrangement, consider a job that blends well with your love for Fido. It might make it easier to house train if the puppy is with you all day.

Finally, the information presented here isn’t intended to replace your veterinarian’s, trainer’s or behaviorist’s advice. If you have concerns, contact a specialist. 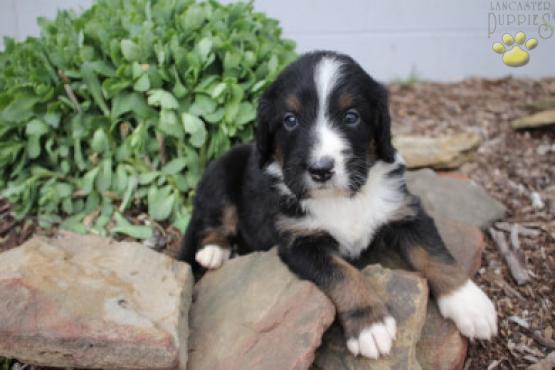 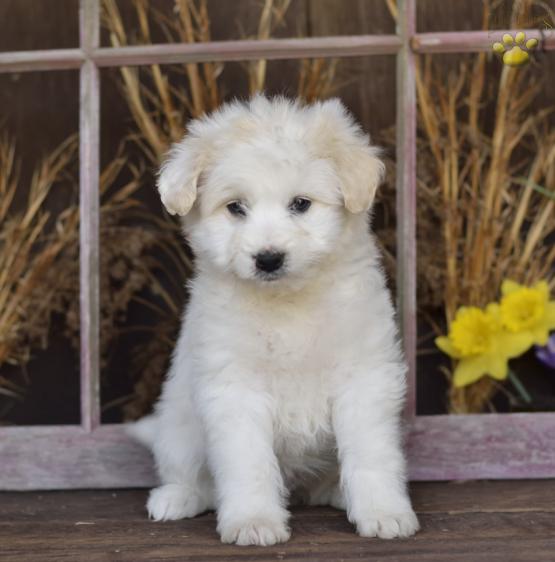 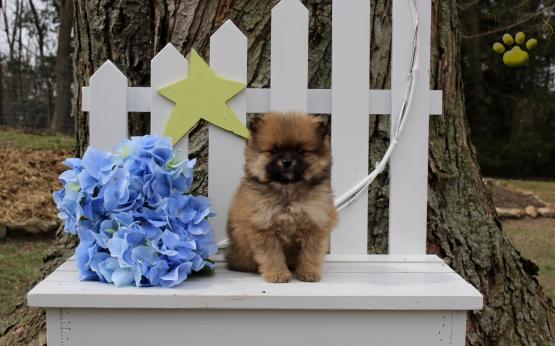 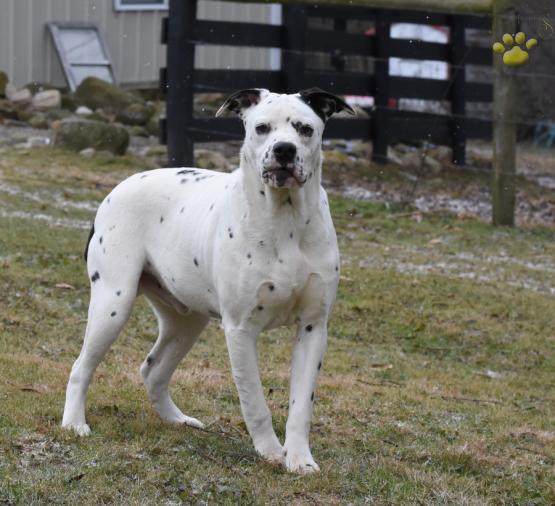 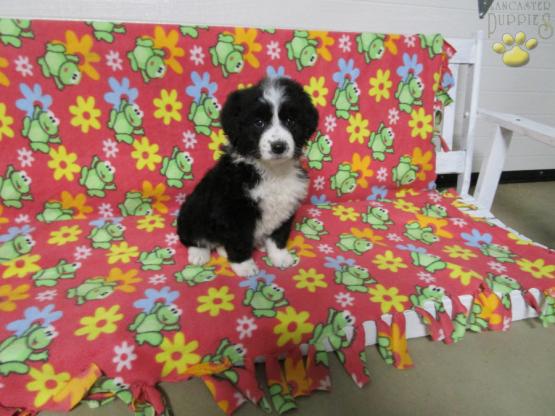 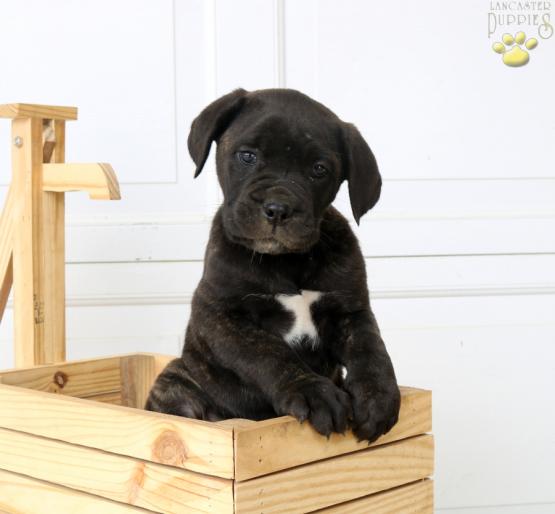 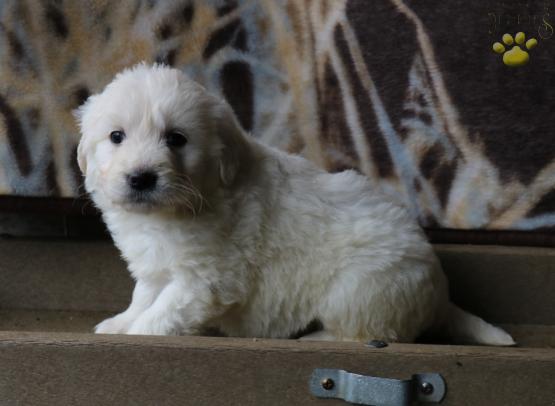 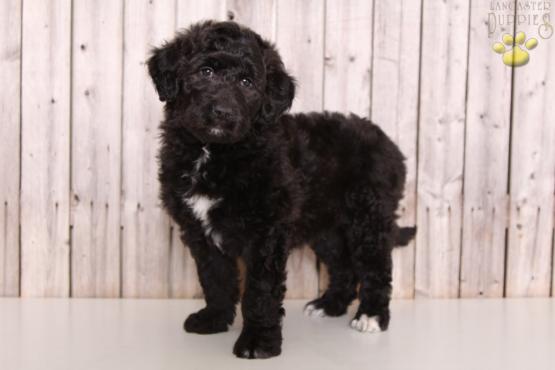 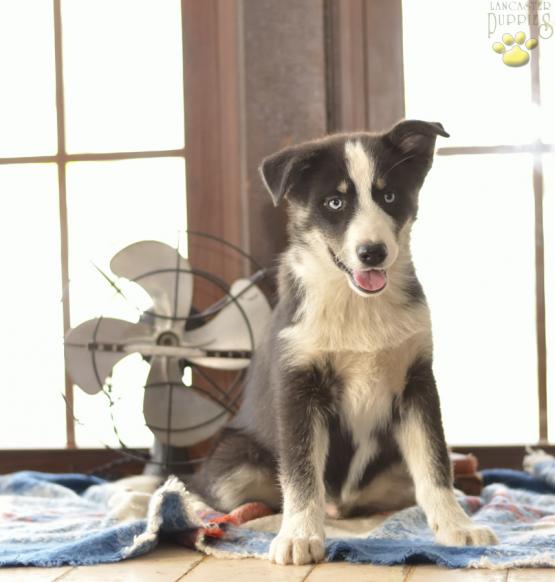 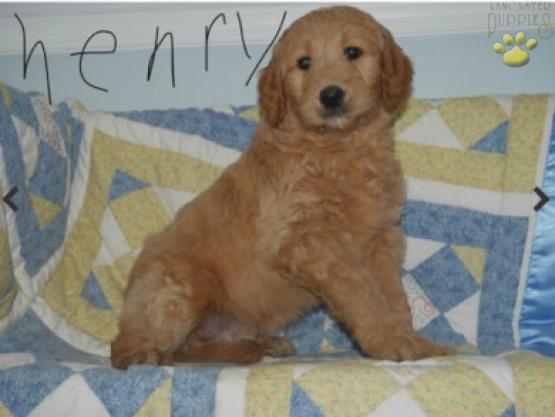 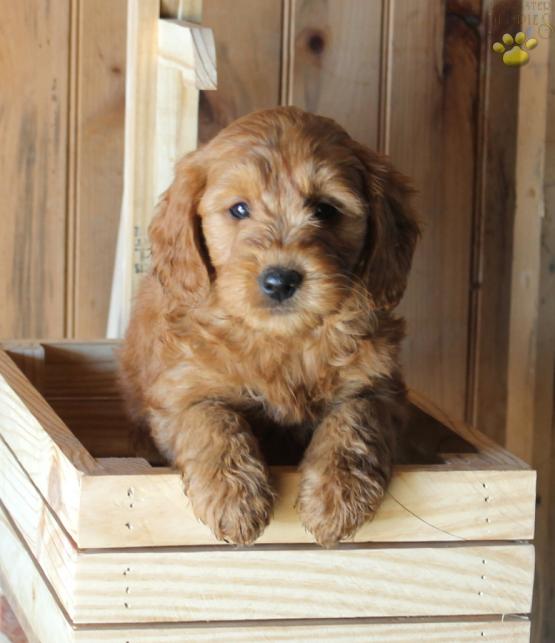 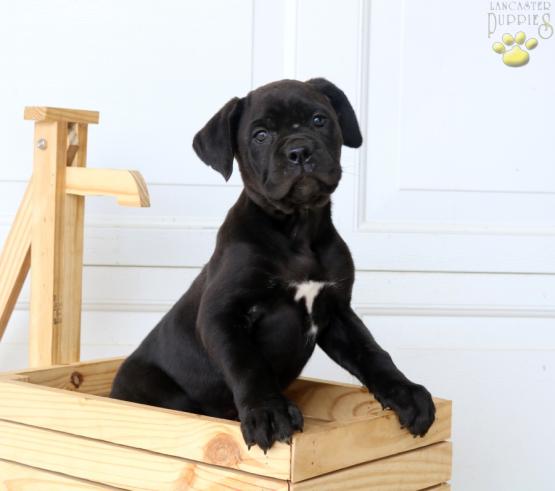 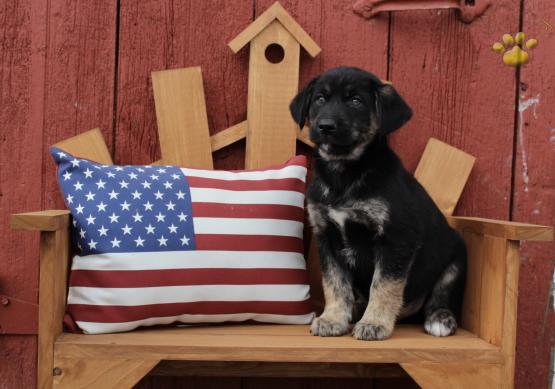 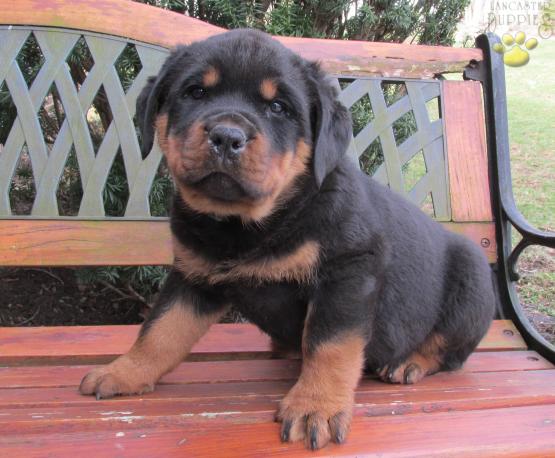 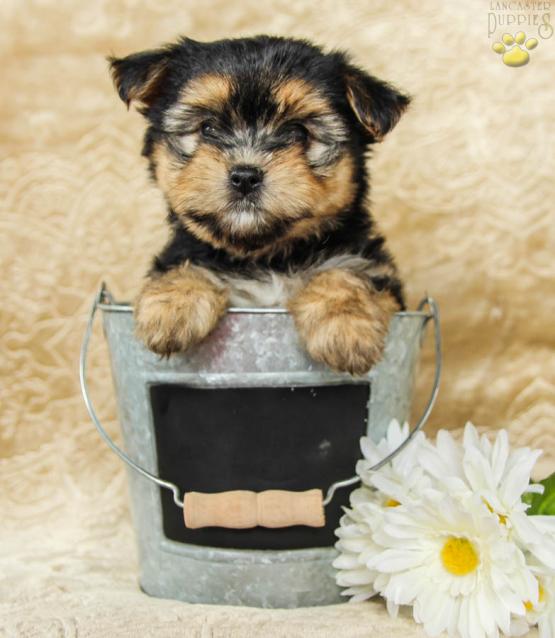 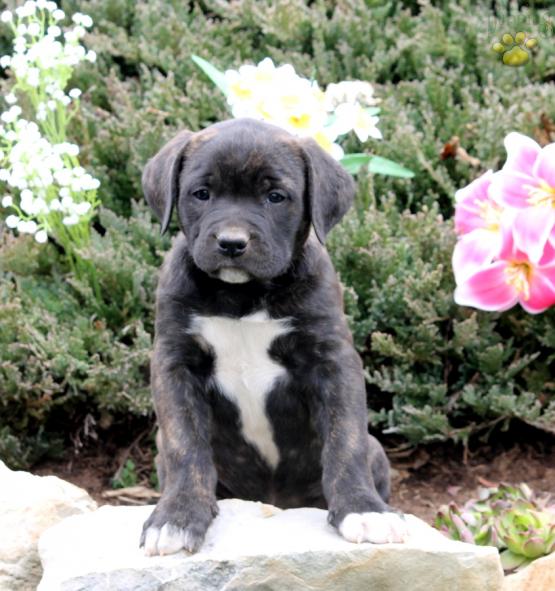 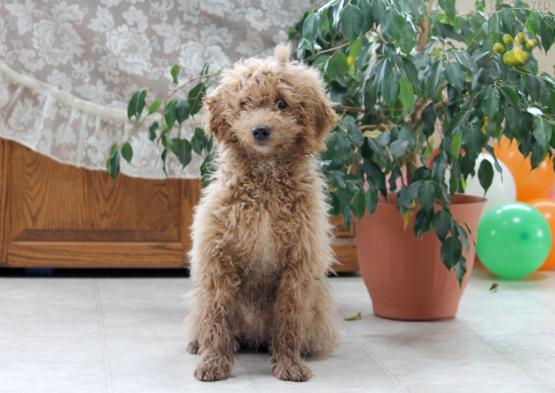 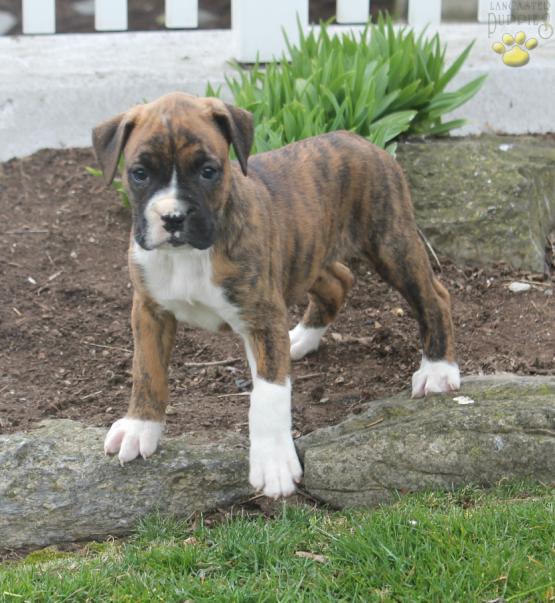